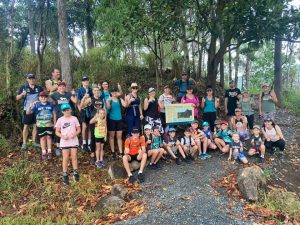 On 16 October 2021, over thirty people (including ten children) gathered near Aloomba, QLD to hike Walsh’s Pyramid for the second time in memory of Annette Azzopardi.

Annette first hiked Walsh’s Pyramid back in 2018 to both celebrate her remission from ovarian cancer and show her appreciation for Mummy’s Wish. When her cancer returned, and she unfortunately passed, her friends and family chose to hike that same path in her honour.

The highest free-standing pyramid in the world, Walsh’s Pyramid is a strenuous hike with nearly 900m of elevation gain. We saw a fantastic effort from all involved, with participants powering through sweltering weather to reach the top, many smashing their hiking times from last year! 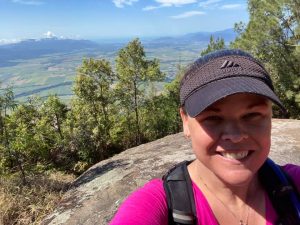 A huge thank you to the team for not only raising an outstanding $4,600 (and counting!) but raising much-needed awareness of Mummy’s Wish.

We look forward to growing the number of Mummy’s Wish hikes held across Australia next year in October! If you are interested in supporting mums with cancer and their young families by organising a hike, please contact us at giving@mummyswish.org.au.

After all, a mum with cancer is still a mum.