Amanda Shaves it to Raise It

When Cairns mother-of-three Amanda called her husband to ask him if he would shave her head, he originally thought she was asking if she could shave his. 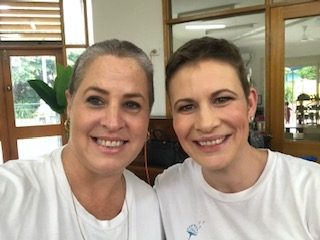 Why else would a woman who admits her hair is a big part of her identity be willing to lose the lot?

“I was inspired by a very special young family that attends the childcare centre where I work,” Amanda said.

“After being discharged from hospital while having treatment for breast cancer, mum Sarah arrived to collect her children from daycare.

“Her eldest son ran to give her a hug and she had to pull away from him and couldn’t lift him up because her arms were too sore. Watching that, I knew I needed to help.”

Amanda started an EverdayHero fundraising page called ‘Miss Amanda’s Big Shave‘ where she shared both her reason for fundraising and some of Sarah’s story, along with updates and photos from her fundraising activities.

“We held car washes; sausage sizzles, an Easter raffle, a $100 board, and a lot of other smaller raffles.

But one of the most popular events was a Date Night where, for a set price, parents whose children attend the daycare could go out on a date for a few hours while the staff babysat their children. 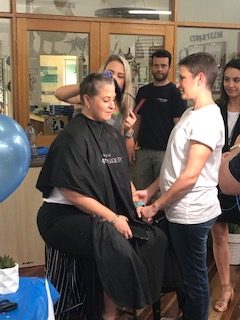 “I have been really blown away by Amanda’s commitment to this shave and absolutely humbled by the support and donations,” Sarah said when the final tally was announced.

For those thinking about following in her footsteps, Amanda had just one thing to say: “It’s been a life changing experience for me to be able to help make a difference and it all helps no matter how big or small.”

Click here to check out a clip of Miss Amanda’s Big Shave on WIN News Cairns.