When Rachel was told she had breast cancer, her brain spiralled into ‘total devastated panic’.

“All I could think was, ‘But I have to look after Tyler—he needs me, and I love him so much’.

“As my doctor told me that the cancer had spread, that my cancer was at stage three, I clung to my husband Paul, my rock of strength. He told me we would get through this, but all I could think of was my little boy growing up without a mum and I cried and cried.”

Rachel said the first four years with Tyler were filled with love and laughter.

“Paul and I had great jobs; Tyler went to a great kindergarten; and we were just so happy, the three of us together—even though we’d left some dear friends and family behind in New Zealand when we moved to Australia for Paul’s work.”

Then Rachel found a lump in her breast. A biopsy confirmed it was stage three cancer and Rachel was told she would require chemotherapy, possibly radiation and surgery down the track.

“I just couldn’t believe it; it felt surreal. You never think that things like this would happen to you.”

The fact that Rachel’s cancer was at stage three, having spread beyond the region of the tumour, meant that she would need to start chemotherapy immediately.

It also meant that she had to face up to one of the most devastating things a parent can ever confront—telling their child that they have cancer.

“I remember sitting Tyler down, and thinking this is it: the moment when my little boy learns that life can be terribly cruel.”

“We said, ‘Mummy’s not well, she needs to get some treatment. She may have to go to hospital sometimes, and one of the things that’s going to happen is that she is going to lose her hair’.

“He wasn’t the same carefree Tyler that he was before; he became more serious and he had stuff on his mind. It didn’t help him that he was an only child, and that his grandparents on my side lived thousands of kilometres away.”

“I couldn’t stop feeling that he was somehow alone with it all, and that was just awful. It was a feeling that haunted me pretty much until the moment Mummy’s Wish sent him his Comfort Bear,” she said.

“I found out about Mummy’s Wish from one of the team looking after my treatment and it was perfect timing really as I had been feeling really alone because my family all live so far away in New Zealand.”

Rachel was soon contacted by her personal Support Coordinator, Gayle, who co-founded Mummy’s Wish in 1997 after going through her own cancer diagnosis.

“I’ll never be able to thank Gayle enough. She spoke to me about my situation with Tyler with such understanding and compassion, and she came up with a plan to help me with household chores and meal prep so I could concentrate on Tyler and on getting better.”

But of all the things Gayle organised, it was the arrival of Tyler’s Comfort Bear that meant the most.

“The Comfort Bear arrived while Tyler was at kindergarten, so I unpacked him and recorded a little message for Tyler to discover when he got home,” Rachel said.

“The look on Tyler’s face when he saw his bear sitting there on the table, pressed its furry tummy and heard my voice—I’m not sure I’ll ever be able to explain what that was like.

“It was like he had his very own magical friend—a friend that belonged to no one but him. They were best friends immediately, and from that moment they were totally inseparable.”

“It brought me such comfort to know that, while I was away in hospital, Tyler would be busily looking after, trying to feed and talking away with his bear.

“I enjoyed so much leaving little messages to tell him how much I loved him.” 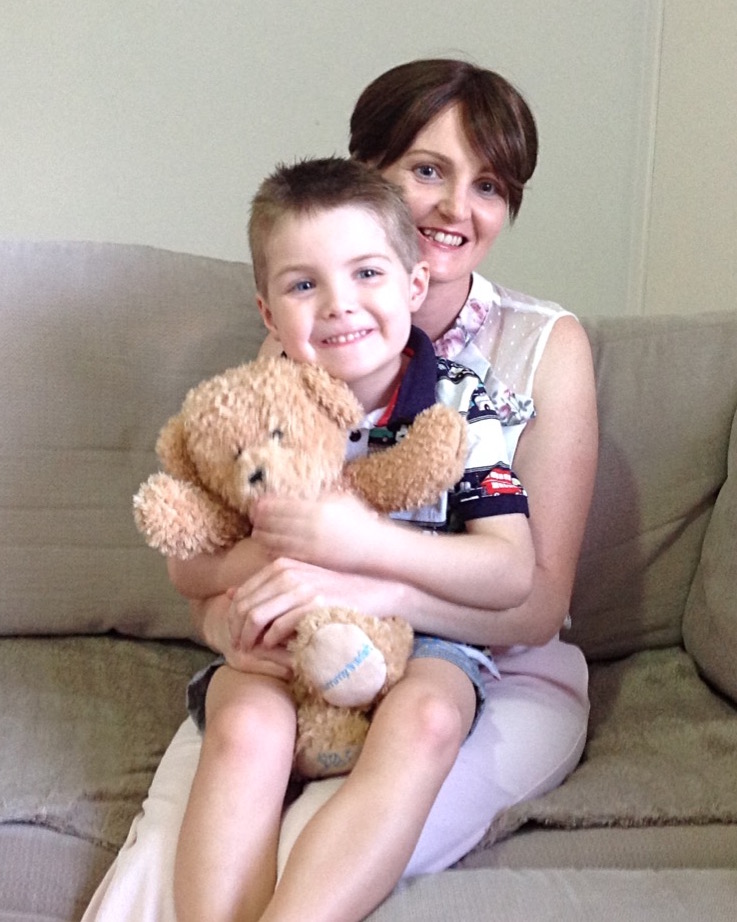